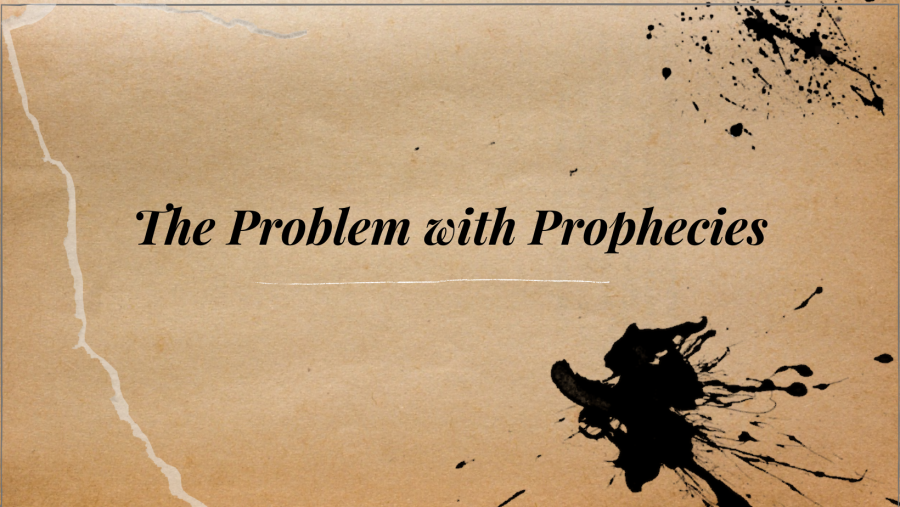 Winston, from a young age, knew he was different. He looked like the other children from the village and enjoyed playing the same games. His mother cooked the same meals as their mothers. His father worked alongside the other men building houses, stables, and mending roofs. But the truth was he wasn’t the same, unlike the other boys, the Great Seer told him so.

It began as any other day, with him tending to his father’s flock. He loved sheep, well, he loved his sheep. Bart’s sheep would bite anyone who got too close. But his sheep: Marta and Owen, except for Regis, were as happy as pigs in mud. Oh, the Seer, yes, the old woman who smelled of flowers and ash. She arrived that night and summoned all the children of the village to her. She inspected them all, and out of all the others, she chose him.

He was no higher than a pig pen, but that night she announced Winston as the Chosen One. Chosen for what he didn’t know, but the village erupted into cheers. From that night onwards that’s all everyone talked about. They took away his feeding pail and gave him thick volumes of books. The problem was he never learned to read. But once he got the hang of it, he considered himself rather good. He never excelled in anything at that point so he was confident enough to consider himself an expert at reading.

Gone were the days with Marta and Owen. His youth slipped by as he learned incantations and alchemy. All because Winston had a particular purpose. Far away in a corner of the kingdom he never visited. Past the Gnarly Mountains and the Snake Tongue River, a great king discovered a mighty stone arch. A momentous occasion forthtold by the elders of the elders, who heard it from a whisper of a star. They foretold a magical passageway, which lead to unknown worlds.

The kings of the land sought the portal as a path to riches beyond their wildest dreams. The problem was only the Chosen One would hold the power to unlock it. So, dear Winston toiled, squinting under candlelight until he knew everything about magic. He mastered floating objects. Behind the elder’s back he created a portal in his closet that led to the tavern. He even transmuted lead to gold. After dwelling on the economic consequences, he created potions that cured warts instead. Future generations would thank him.

Three days after his eighteenth birthday, he was ready. The elders praised him, his mother wept happy tears, and his peers snickered behind his back. Every minute of his life was leading to this adventure. He waded through the Snake Tongue River. He climbed the Gnarly Mountains. And after facing wolves, mountain cats, and a bad case of poison oak, he arrived. Carved into the mountain face was a snaking staircase. At the top hoards of people applauded; their cheers cascading over the cliff.

His aching feet felt light as a feather as he climbed to the promise land. Finally, they will celebrate all his hard work and sacrifice. He was going to be somebody. The world’s most powerful magician: The Chosen One. He walked a path of silken petals, as the scent of incense mixed with the sweat of the travelers lead him forward. The sun beamed over the chorus of women who sang his praise. Of course, it was possible this was the afterlife and he died somewhere on the mountain. Great carrion birds could be picking at his bones at the bottom of a ravine, but he hoped against hope that this was real.

Past the throngs of people, he reached the mighty arch. It was carved from rare minerals he had never seen. Etched in the black stone was silver letters in an almost familiar language. At the topmost point of the arch was a large zirconia glittering in the sun. At the base, stood the Seer, shorter than the rest of the elders wearing fur and gold bangles on her wrist.

“Great Chosen One, we welcome the success of your training. We gather here to bare witness to your achievements and bestow the Gods blessing over you. Now rise Nicholas of Hereford, the Great Magician!”

“But I’m Winston,” he piped up, only to see a tall young man rise from his knee before the Seer. “Uh…I’m the Chosen One…” The man named Nicolas, rugged with a square jaw, surveyed him. Draped over his broad shoulders was the most exquisite winter fox pelt. His muscular physic was barely contained in the rich hide encasing his body.

“You are mistaken, young interloper, I am the Great Nicolas of Hereford, the Greatest Magi to ever live. It is I who will summon the portal. You seem to be nothing more than a wet rat the cat dragged in. There is no way the Gods selected you to bless our clan.”

“But I am the Chosen One, she told me so.” He pointed to the aging Seer. She stroked her chin, grazing the lone mole with a crooked hair poking from the middle. Her grey milky eyes followed the length of his body as the other elders whispered.

“I have little memory of you, are you sure it was I that selected you?”

“I’m pretty sure,” he mumbled, doubting his story with each passing moment. “You said I had the mark of the Gods.”

“Yes, the mark of Ramus, the horned God.” Nicolas boasted, unbuttoning his shirt revealing a cloven shaped mark on his ribs.

“Do you, uh… Winston was it; do you have the mark as well?” She asked.

It was here that a forgotten memory gnawed to the surface. The afternoon of the fateful day seemed insignificant compared to the evening. That was, until now. Regis, the partially blind sheep, was in one of his ill-tempered moods. His father directed him to calm the beast before he broke the pen holding the flock. And Winston being Winston approached the animal from behind. He rubbed his abdomen, recalling the devastating kick. The bruise, although long gone, was a reddish violet the day she gazed over him. Now the facts, like dry hay scratching is throat, waited to reveal the truth. He was left with two options: confess or lie.

“The mark, of course, it have it. I wouldn’t be here if I didn’t.” He straightened his back, trying to exude as much confidence his wiry form could muster. “But if the real test is who can produce the portal, then let’s begin.”

Nicolas volunteered to go first. Sweat beaded from Winston’s forehead. The challenger’s stance, posture and hand movements were precise. The incantation etched into the arch, was a dead language no one ever heard spoken. It was a critical moment; the wrong pronunciation could ruin it. The words spilled from his lips like honey, enchanting all who bore witness. The mountain trembled under their feet and a rainbow of light flickered between the arch. The magical hilltops reveal themselves with each syllable.

“Angora illunminaughtous!” The portal flickered, lightening cracked from a cloudless sky and then it was gone. Before them was an empty arch, quite unremarkable compared to the wonders a moment ago. “I don’t understand…” a deflated Nicolas whimpered, “I was perfect…”

Winston’s heart slammed against his ribs as the crowd’s gaze turned to him. Nicolas was the Chosen One, born with the mark and had the Seer’s blessing. Winston was the son of a sheep herder; chosen by mistake. He was no more a Magician than the rest of the lot mumbling beside him. They expected great things from him, magic beyond all measure and it was here that he felt small. She motioned for him to approach, after all, as far as she was concerned, she had a second chance to deliver on the promise forthtold from the stars

He stared at the monolithic arch, steadying himself enough to utter the incantation. With each movement of his body, with each syllable he felt stronger, more confident. It felt as natural as water flowing over the river rocks. Sparks of magic fizzled at his fingertips. He was reaching the end, and that’s when he noticed the error Nicolas made. It wasn’t Angora, but Annora. A simple mistake overlooked by the weight of the moment.

Winston could save the day, finish the spell and be a hero. He imagined the riches bestowed to him and the powerful people seeking out his council. He eyed Nicolas, sullen and defeated off to the side. He lived his whole life for this moment and one failure squashed what ever future he imagined. He surveyed the faces adoring him, would they care if he weren’t the Chosen One? None of them fathomed his existence until now. Even the Seer forgot she chose him. Would this path, with these people bring him happiness?

At the last instance he changed the spell creating a portal large enough for him. The arch remained empty but his portal revealed the lush hillside with tiny grazing sheep. His heart longed for home, his body tired from the travel and disappointment. He gave a gentle smile to Nicolas, a ‘wish you the best’ head nod, and stepped through the passageway. Without giving any of them a second thought.

His feet were happier on softer soil. The trees danced in the burly spring breeze, and his soul felt lighter. The Seer never sought him afterwards. And the village elders vowed to shun her if she ever returned. Other than that, the village stayed the same. The warriors still teased him, the maidens ignored him, and nothing exciting ever happened. But in some ways the whole world changed.

He constructed a modest home for himself and set to work. He created potions for the villagers and bought his own woolly flock of sheep. Regis II, Martha, and Olsen were among the first. But soon more came. After the villagers realized his secret, they paid him to babysit their own flocks. For Winston created another portal, a vast rainbow door leading to the most plentiful grazing pasture ever imagined. The sheep returned fat; their wool was the thicker than any sheep in miles. He watched them play from his study (among his books and vials) and they were happy. And so was he.

Exploration of the Records